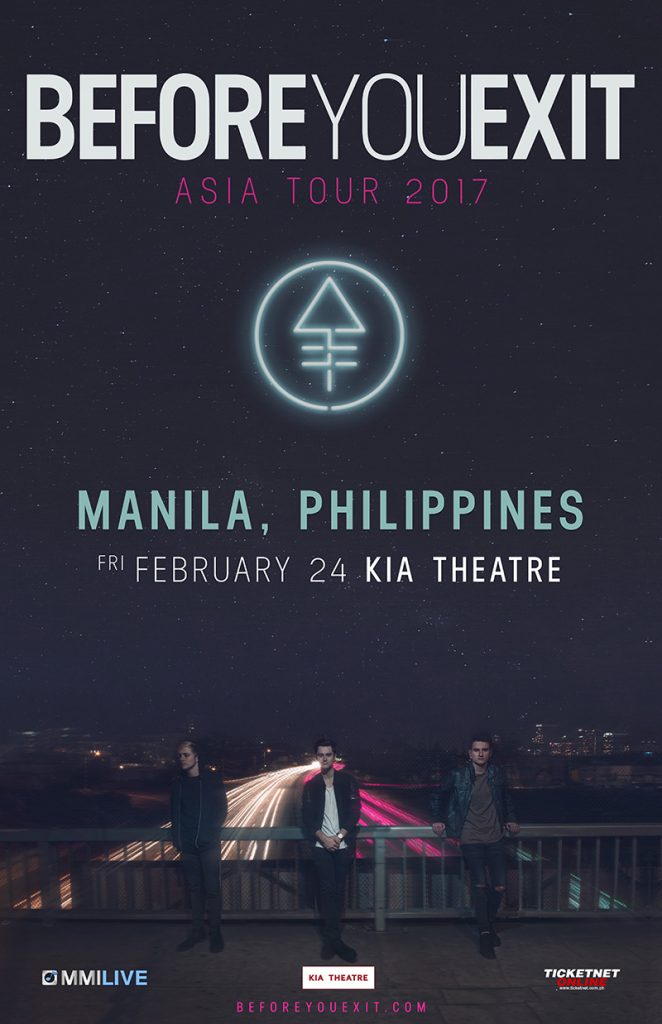 (New York, New York) –Pop group Before You Exit announce the dates for their upcoming Asia Tour. The 5 city headlining run will start on Friday, February 24th in Manila and include dates in Malaysia, Taiwan, Singapore & Hong Kong. Look for more dates to be added very soon along with special guests.

For more information on tickets and VIP, please visit www.beforeyouexit.com.

Before You Exit will be touring in support of their recently released All The Lights EP, which is available for sale at all digital providers now. The 6 track EP features current single, “Suitcasel,” as well as previous hits “Model” and “When I’m Gone” from the group.

In 2015, the group signed to RCA Records, released their hit song “Model” and toured with the Vamps and co-headlined a European tour. Since becoming a group, the brothers have garnered over 40 million views on YouTube. In 2014, the group toured in support of their debut EP, I Like That. The title track for the EP could be heard in the ad trailer for the animated film The Nut Job. Aside from headlining shows all over the world, the group has supported Cody Simpson, Olly Murs, The Vamps, and Fifth Harmony. Things started to heat up when the group was named the winners of the third annual “Macy’s IHeartRadio Rising Star” campaign, earning them a spot at the iHeartRadio Music Festival alongside such acts as Taylor Swift, Ed Sheeran, Nicki Minaj, One Direction, and more. The trio also performed at the 2014 Macy’s Thanksgiving Day Parade and had 4 singles hit the Radio Disney charts.