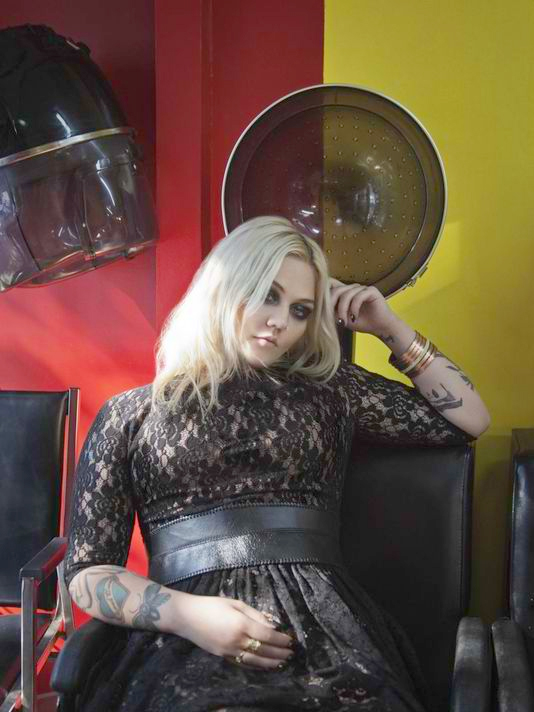 Elle King is an American recording artist whose musical style encompasses country, soul, folk, rock, and blues. She loves banjos and hobos. Born in Ohio and raised in Brooklyn, Elle retains her roots in a style that blends those worlds of both grit and mid-western charm. She ties her old soul and rock ‘n’ roll influences into a sound that’s all her own.

King started playing guitar at age 13 and later picked up a banjo, inspired by the Hank Williams and Earl Scruggs records her family listened to. She pinpoints the day her life changed to her ninth birthday, when her stepfather gave her the first album by hard-rocker girls the Donnas. “I put that on and that was it,” she says. “I wanted to play rock and roll and be a girl and do it. I started listening to the Runaways and Blondie — all the rad chicks.”

King released her four-song debut The Elle King EP on Fat Possum Records. She was spotlighted as an “Artist to Watch” by Esquire Magazine and Refinery 29, and the EP garnered favorable press from Entertainment Weekly, Esquire, Teen Vogue, Perez Hilton, and Vanity Fair. The Austin Chronicle raved about her “shockingly sexy-sorrowful songsmithery” and her “sweetheart-with-a-knife voice that promises potentially dangerous intimacy on a grand, spooky scale.” The EP

track “Playing for Keeps” was chosen as the theme song for VH1’s Mob Wives Chicago and was featured in the national tv ad campaign for AMC’s award-winning Mad Men.

Elle has appeared on The Late Show with David Letterman and The Tonight Show Starring Jimmy Fallon and has toured with Of Monsters and Men, Ed Sheeran, and James Bay. Her full-length debut album Love Stuff was released to great reviews in early 2015 and was the highest new artist entry on Billboard. Jon Pareles of The New York Times described King as “a sassy, hard-drinking, love-’em-and-leave-’em hellion with bad tattoos and a broad pedigree across rock, pop and country. She has Adele’s determination and Joan Jett’s stomp, Brenda Lee’s high-voiced bite and some AC/DC shriek.” The first single “Ex’s & Oh’s” was the #1 Most Added in its format, and Billboard called the track “catchy and clever.” “Ex’s & Oh’s” continues to be added to a growing number of playlists across many formats.

Fans will definitely be enthralled as she performs live, for a one-night only concert-fest, at the Mall of Asia Arena on August 18, together with The 1975, James Bay, Third Eye Blind, Panic! At The Disco and Twin Pines.

This event is brought to you by MMI Live and Ovation Production, as presented by Smart and Spinnr and co-presented by the Fox International Channels.