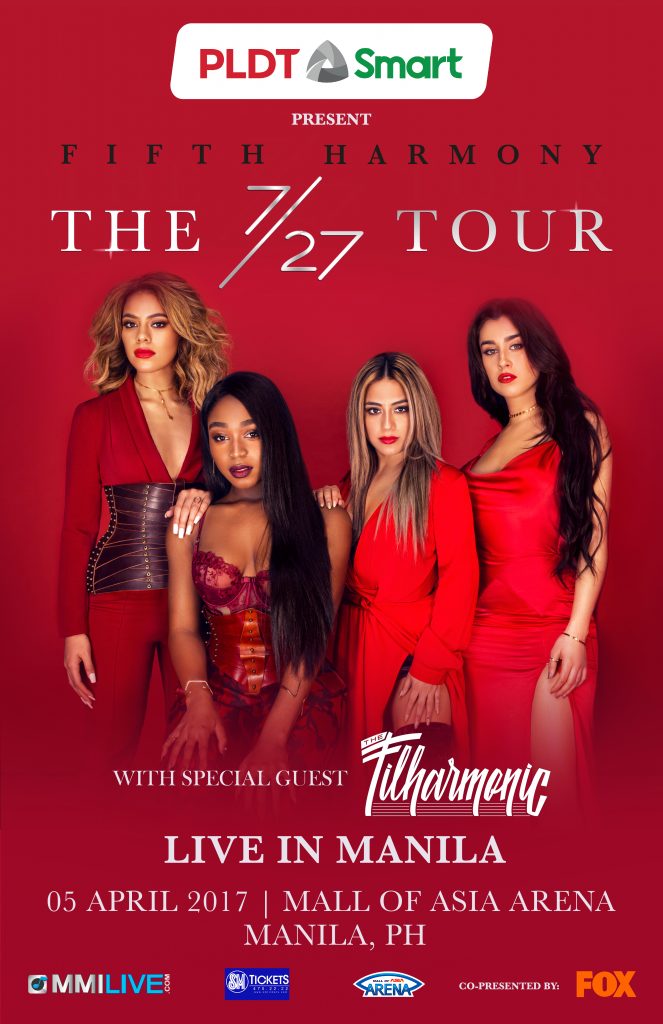 January 16, 2017 – Following a hugely successful 2016 that included the release of their sophomore album 7/27 as well as countless record-breaking accomplishments and awards, pop powerhouse group FIFTH HARMONY announce today that they will be bringing their globally successful The 7/27 Tour to Asia over the course of two weeks. Fans across Asian countries will be able to witness the group’s dynamic live show filled with songs from 7/27 as well as earlier smash hits. Full details and information are available at https://www.fifthharmony.com/events/.

The 7/27 Tour kicked off in summer 2016, taking the group around the world. The 7/27 Tour promises fans an exceptional live experience to get Harmonizers on their feet with explosive performances of their multiplatinum summer anthem “Work from Home,” along with platinum single “All in My Head (Flex)” and current single “That’s My Girl.”

Prior to traveling to Asia, the girls of Fifth Harmony will kick off 2017 with their first live performance of the year at the People’s Choice Awards on January 18 in Los Angeles, CA. Ally, Dinah, Lauren and Normani are set to take the stage at the Microsoft Theater, kicking off what is sure to be another exciting year for the girls, who are also nominated for “Favorite Group” at the awards show. The group will also return to the studio this year to begin recording new music, committed to their loyal Harmonizers and ready to take 2017 head-on with their best music yet. Fans can expect to hear new material in 2017 via Syco Music/Epic Records, the label that has been with the group since their incarnation on The X Factor U.S.A. 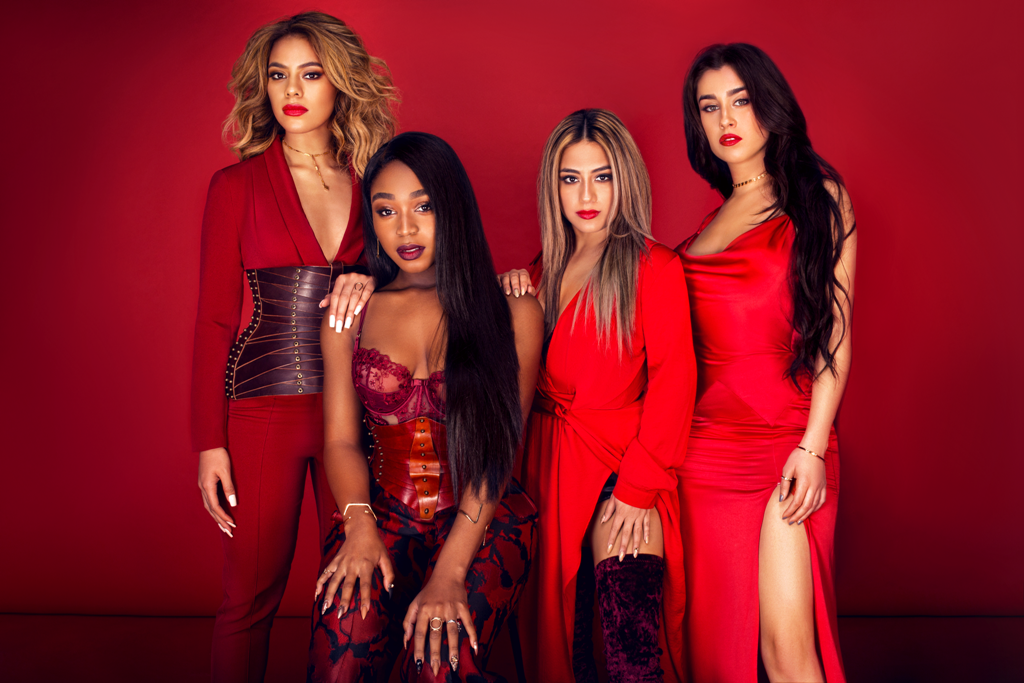 About Fifth Harmony
The release of Fifth Harmony’s sophomore album 7/27, on Syco Music/Epic Records, is the latest in a series of record-breaking accomplishments for the group. “Work from Home,” the album’s 3x-platinum certified first single, earned Fifth Harmony their first top 10 hit on the Billboard Hot 100, notching the top spot on both the Billboard Rhythmic and Pop Songs charts. Their second single “All In My Head (Flex)” is certified platinum, while their latest single “That’s My Girl” was another top 40 radio hit. The group’s accomplishments on the charts add to an award-winning 2016, with first-time wins at the

American Music Awards, iHeartRadio Music Awards, People’s Choice Awards and Much Music Video Awards, their second win at the Kids Choice Awards, two wins at the MTV Video Music Awards & Radio Disney Music Awards and three wins at the Teen Choice Awards. Fifth Harmony’s global The 7/27 Tour began its North American leg on July 27, hitting over 30 cities before heading to Europe. In 2015, Fifth Harmony released their debut album, Reflection, which debuted at No. 5 on the Billboard 200 and has since been certified Gold. Reflection includes two platinum records, “BO$$” and “Sledgehammer” in addition to the quadruple-platinum success of the single, “Worth It.” Fifth Harmony boasts over 8 million followers on Instagram, 3.7 million on Twitter and 7.6 million fans on Facebook.