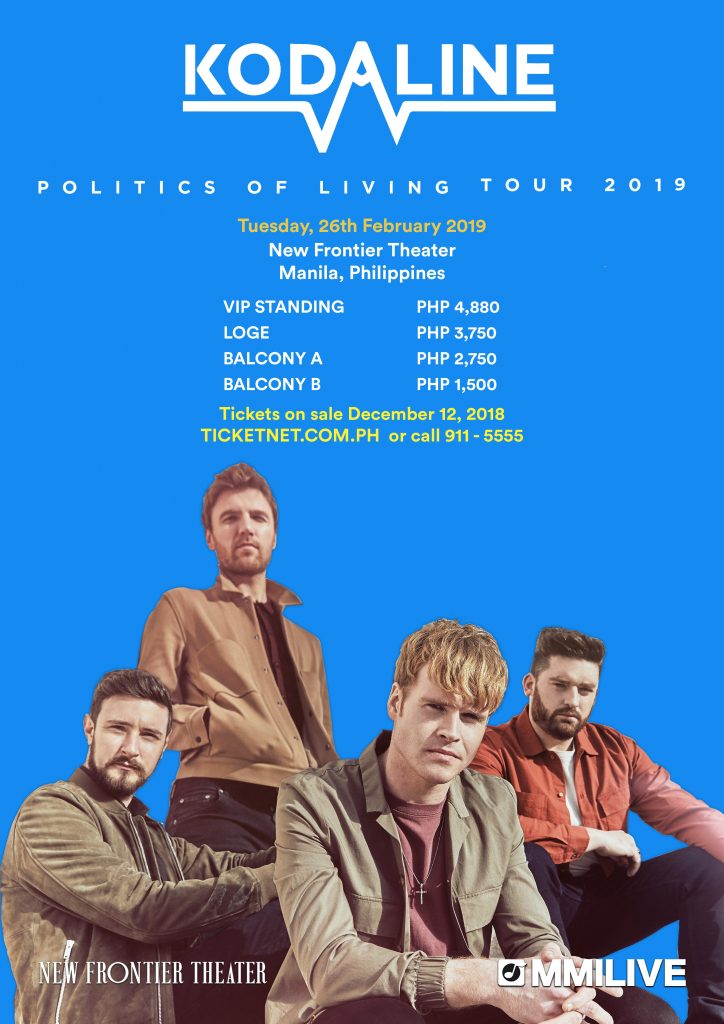 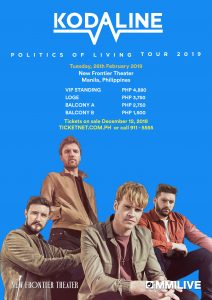 Ireland’s breakthrough, UK platinum-selling band, Kodaline returns to Manila in 2019 in support for the new album “Politics of Living.” Concert promoter MMI Live has confirmed that the concert is happening on February 26, 2019 at the New Frontier Theater in Cubao, Quezon City.

Having released their debut album In a Perfect World in 2013 and its follow-up Coming Up For Air in 2015 which went Gold in the UK, the band has sold over a million copies worldwide and imprinted itself on the nation’s consciousness with streaming figures well into the 100s of millions.

On Vevo the band’s videos have had over 200 million views, and they have sold over a million singles. Kodaline was also featured on Kygo’s 2016 global hit “Raging” and most recently released their “I Wouldn’t Be EP” which featured their massive UK single “Brother.” Their music has been featured in several television, film and ad placements including Chicago PD (NBC), Grey’s Anatomy (ABC), Modern Family (ABC), So You Think You Can Dance (FOX) American Idol (ABC) and so much more.

Tickets to Kodaline’s concert at the New Frontier Theater will be available starting Wednesday, December 12 at 10am via Ticketnet Outlets; https://www.ticketnet.com.ph or call (02) 911-5555.