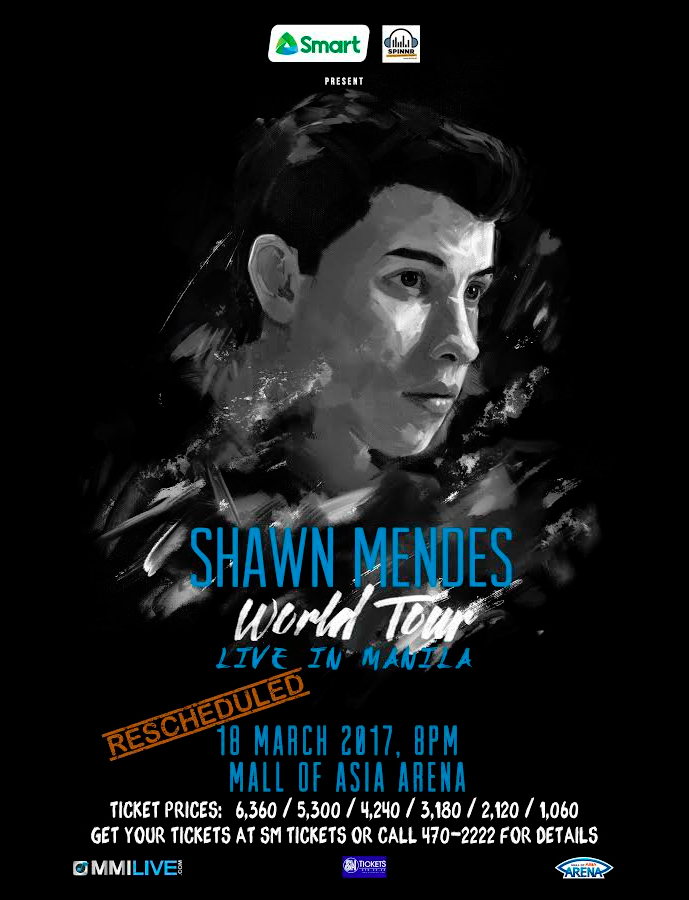 Canadian pop singer-songwriter Shawn Mendes will finally hit Manila! As part of Mendes’ 2017 Illuminate Tour, he will be performing on a rescheduled date March 18 at the Mall of Asia Arena.

Mendes, now 18 years old, released his second studio album Illuminate in 2016, with the chart topping hit “Treat You Better”. The single reached the top 10 of the Billboard Hot 100 charts and the album debuted number 1 in the US Billboard 200.  Other certified platinum singles from Mendes include “Life of the Party,” “Something Big”, “I Know What You Did Last Summer” (duet with Fifth Harmony’s Camila Cabello) and “Mercy.”

Mendes, who cited Bruno Mars, Justin Timberlake, John Meyer and Ed Sheeran as his musical influences, also joined Austin Mahone and Taylor Swift on her “1989 World Tour”, as well as on his own headlining World Tour—all of which sold out in just minutes.

Looking back in 2014, Andrew Gertler discovered & introduced Mendes to Island Records, Shawn’s debut single “Life Of The Party” broke records, topping the iTunes Charts and selling over 150,000 copies in its first week due to his legions of fans. The success of the song made Shawn the youngest ever artist to break into the Billboard Hot 100’s Top 25 with a debut single.