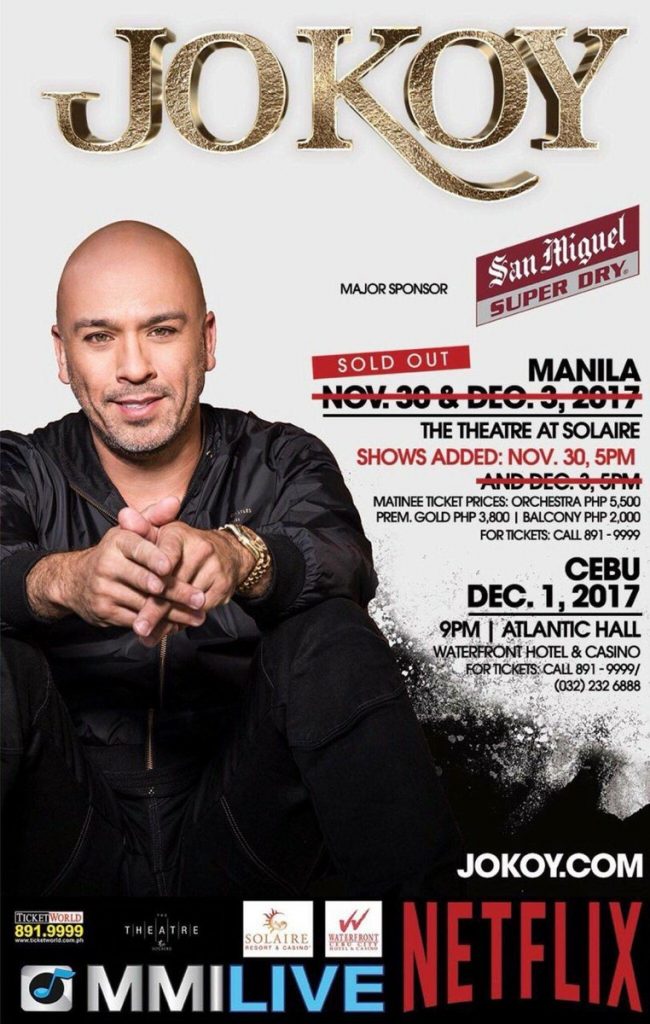 STAND-UP COMEDIAN JO KOY TO PEFORM IN MANILA AND CEBU!

Stand-up comedian Jo Koy, known around the world for his comedic story telling of his Filipino family, will make his headlining debut in the Philippines as he returns home for a series of shows in Manila and Cebu as announced by concert promoter MMI Live.

The popular Fil-Am comedian is slated to perform November 30th & December 3rd at The Theatre at Solaire, and at the Waterfront Hotel and Casino in Cebu December 1st.

From selling-out clubs and theaters across the globe to releasing his 3rd stand-up special on Netflix, Jo Koy has come a long way from his modest start performing at a Las Vegas coffee house. With his infectious, explosive energy onstage, the comedian pulls inspiration from his family that inspires humor across all boundaries.

In 2005, Koy had the “opportunity of a lifetime,” when he performed on The Tonight Show with Jay Leno. Since then, Koy has had two highly-rated and successful comedy specials on Comedy Central, Don’t Make Him Angry and Lights Out. This year, Koy released his 3rd comedy special, Jo Koy: Live from Seattle as a Netflix Original.