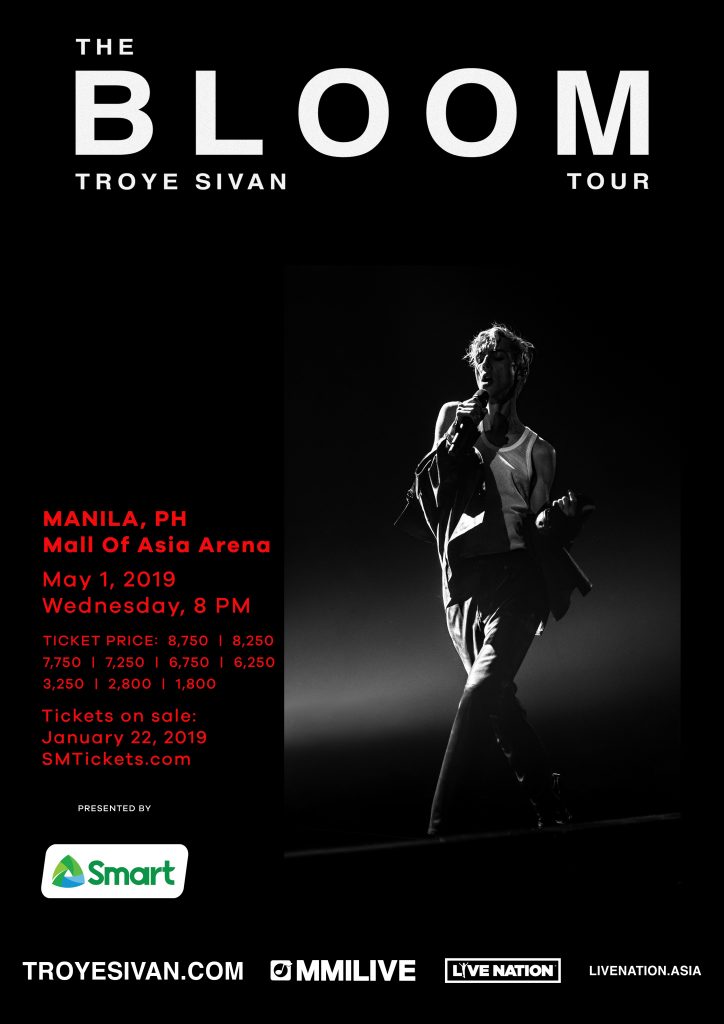 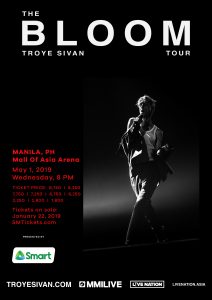 Pop Prince Troye Sivan recently announced his 7-city “The Bloom Tour” in Asia and is set to perform in the Philippines for the first time on 1 May at the Mall Of Asia Arena, as confirmed by concert promoters MMI Live and Live Nation, together with Smart as presenter.  The concert tour is in support of the release of his critically acclaimed sophomore album, “Bloom”

Tickets went on sale for the general public last 22 January at 10:00 am thru SM Tickets outlets, smtickets.com or call (02) 470-2222 for your ticket inquiries and purchases.